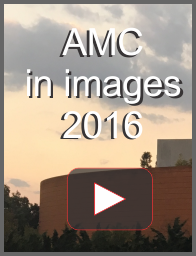 The Academy of Sciences for the Developing World (TWAS)

The AMC belongs to the Third World Academy of Sciences. AMC announces the projects and international awards produced by TWAS each year. Additionally, the Academy attends the annual General Assembly organized by TWAS. The AMC was honored by TWAS when it was nominated to host the 19th annual General Assembly and TWAS’ 25 year anniversary celebration in November 2008. A total of 332 participants from 55 different countries attended these events. TWAS also has individual members and, to date, 31 Mexican scientists have been enrolled, amongst them 25 are AMC members.